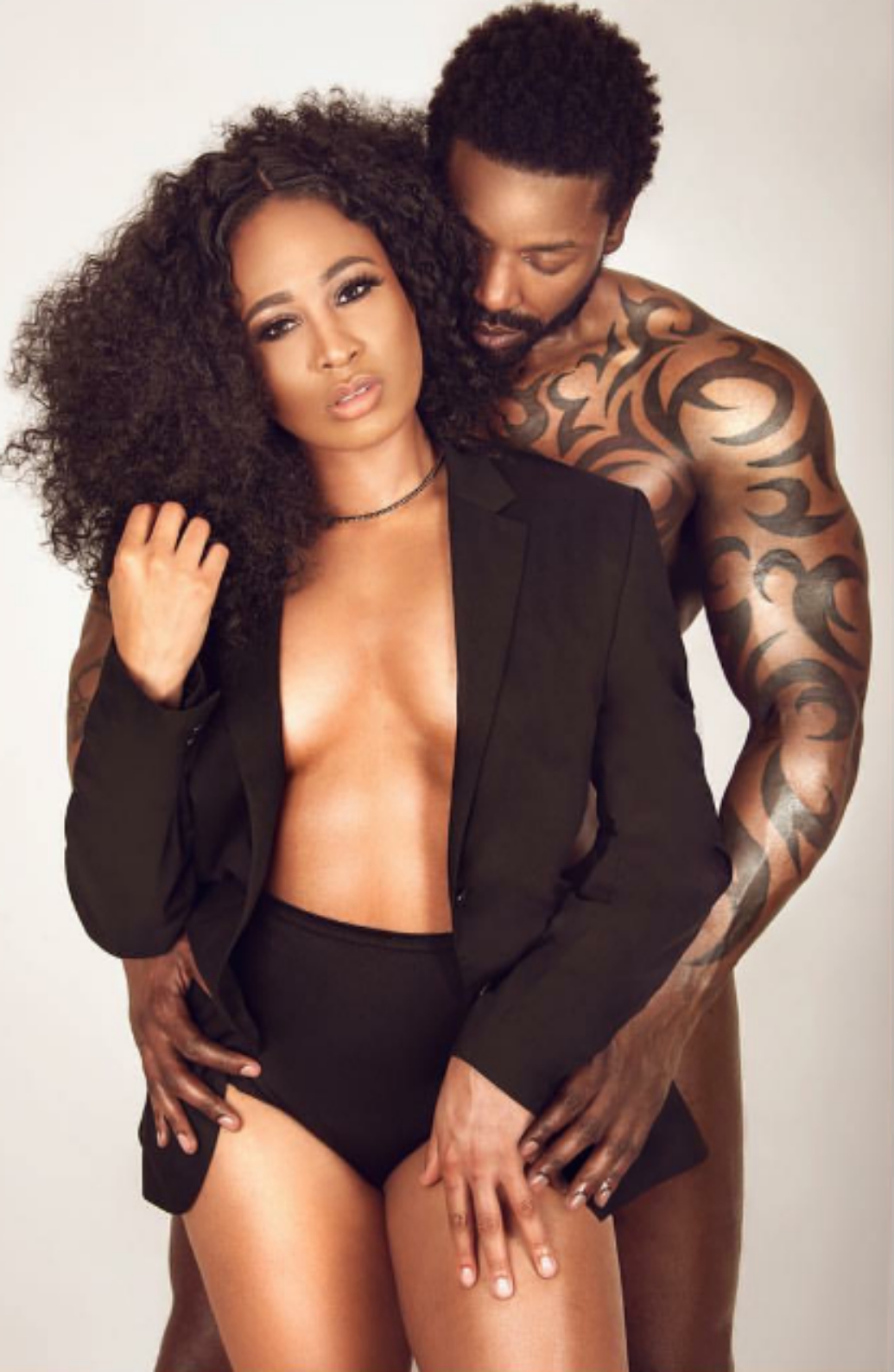 A Toyota Land Cruiser V8 pulled up at the parking lot of Court 3. My eyes took a break from everything else and admired it. I had been standing there for the past ten minutes, surveying the environment and coveting the women with short skirts who walked in and out of their houses. Teenagers, house girls, mothers, young working-class ladies…it’s like they all held a meeting and settled on a ruling that all skirts and dresses should keep off the knee by a distance of five centimeters or more.

I never knew there were such fancy apartments in Athi River. Maybe it was because I never toured those sides much.

The lady inside the Land Cruiser opened the driver’s door and swung one brown leg out and then the other, showing her thighs under the pleated cream cotton skirt almost to her waist. She slipped to the pavement.

The man trimming the flowers next to where I was standing was mollified by her gaiety and beauty.

I was still waiting for Wangari to return my car so that I could leave. Wangari was a friend and former partner-in-thrust. I had passed by to visit her briefly and to see if maybe she would be open to engaging in activities of thrust again. A short while later, she had to borrow my car to go pick up her daughter at a nearby private school. Parents had been informed that the school bus had broken down, so they should go and collect their children.

Forgetting he was pruning buds, the man turned to me and smiled. ‘”Huyo mdem si ameweza,’” he said inconsequentially and put his giant scissors down.

“Ameweza sana!” I felt the same way about the lady as he did.

She cat-walked into her apartment only to come out minutes later with a boy who was roughly 10 years old.

“You need to quit drinking mum! You rarely come home.” The young boy lectured her with a British accent. Apparently, he was her son.

‘‘Hey! Don’t talk to your mother like that. I haven’t touched a bottle of whiskey since Saturday.”

The two argued for a while before the boy walked back to the apartment. I sighed at his level of entitlement. My mother would never let me talk to her like that.

The lady looked quite young. She was probably in her early thirties. She must have had the boy when she was on the dawn side of her twenties.

In the Art Of Seduction, Robert Greene mentions that it’s easier to seduce a woman who is stressed than one who is happy. So, I saw this as an opportunity to make my move.

I walked towards her. I took in a deep breath. ‘‘’Sorry about that!’’ My eyes were trying to wander but I tried my best not to stare at her amazing cleavage.

She looked sharply up at me. “And who might you be?’’

‘’My name’s Philip. I’m the world’s expert at quitting booze. I do it constantly. I have given up booze twenty times. You’re lucky I happen to be here.’’

Through experience in this science, dating back to my teens, I have acquired a crude expertise in word phraseology and, with the way I had just phrased my words, I knew she would be impressed, despite her bad mood.

She sized me, trying to establish whether I was a time waster or a man she could spare a few seconds for. I was confident I would pass her assessment. I was wearing a dark blue lightweight suit over a cream silk shirt and a black knitted silk tie, a combination that had previously brought out the words “You look smart!” from people.

“That was clever. Ati you are the world’s expert at what?” She let out a delayed laugh. She knew that what I had just said to her was an obvious attempt at a pick-up but she didn’t mind going along with it. “And you’ve quit alcohol how many times? Tee hee hee hee.”

“I am deeply humbled by the fact that you’d like to hear me say that again, but the great Charlie Chaplin once said that jokes ought not to be repeated, because once subjected to such redundancy, they lose taste and meaning.” I smiled, amazed at the way these words were coming out of my mouth. .

The eye-contact was cooly maintained. I never looked away. When you look away, you lose power

“Are you sure Charlie Chaplin said that?”

“No, he didn’t. In fact, he rarely spoke. I’ve also never swallowed alcohol in my life either.”

“Haha. That was smooth…really smooth. I have to give you that.”

‘’So, you know Charlie Chaplin?”

She laughed…then blushed….then looked at me with an extended flirty stare.

“Be careful. If you keep going, I might end up with your baby. And you can’t afford school fees at Makini School can you? That’s where my son studies. And that’s where I intend to take any other child I have in future.”

“I see there’s plenty of humor in you too. See how much we have in common? Charlie Chaplin and……ummmm. Never mind. I am also a good influence to you because I don’t drink. This is a golden chance. You should propose to me, before Tracy Wanjiru does. You can use your car as a ring.”

“Tee hee hee. You are so silly. So were you heading out? I can drop you.”

“I am heading to Las Vegas, are you sure you can drop me there?”

Wangari was still coming with my car, but there was no way I was going to forego the chance of hanging out with this woman.

We both hopped into her car.

I caught hold of the safety belt as she made a sharp turn up the gate-lane and another one onto the main road.

I settled myself sideways so that I could look at her. She wore a gondolier’s broadrimmed straw hat, tilted impudently down her nose. The pale blue tails of its ribbon streamed out behind. On the front of the ribbon was printed in gold ‘I MAKE MONEY MOVES’. Her short-sleeved silk shirt was in half-inch vertical stripes of pale blue and white and, with the pleated cream skirt, the whole get-up reminded me vaguely of what a 1960s Hollywood actress looked like. She wore no rings and no jewellery except for a rather masculine square gold wristwatch.

Her flat-heeled sandals were of white doeskin. They matched her broad white doeskin belt and the sensible handbag that lay, with a black and white striped silk scarf, on the seat between them.

She looked like an independent woman, a female of authority and character. She might sleep with men, obviously did, but it would be on her terms and not on theirs.

And she was confident on the wheel too.

Women are often meticulous and safe drivers, but they are very seldom first-class. The small traces of misogyny that filter to most men from their fathers have made me regard women as a mild hazard on the road. Whenever I am on the passenger’s seat and a woman is on the driver’s seat, I am always ready for the unpredictable. If there are four women in a car, I regard them as the highest danger potential. Two women as nearly as lethal.

Why? Women together cannot keep silent in a car, and when women talk they have to look into each other’s faces. An exchange of words is not enough. They have to see the other person’s expression, perhaps in order to read behind the other’s words or to analyse the reaction to their own. So two women in the front seat of a car constantly distract each other’s attention from the road ahead and four women are more than doubly dangerous, for the driver not only has to hear, and see, what her companion is saying, but also, for women are like that, what the two behind are talking about.

But this girl drove like a man. She was entirely focused on the road ahead and on what was going on in her driving mirror, an accessory rarely used by women except for making up their faces. And, equally rare in a woman, she took a man’s pleasure in the feel of her machine, in the timing of her gear changes, and the use of her brakes.

At some point, she even yelled at a careless Matatu driver who had moved the bus too close to her vehicle. “Endesha gari vizuri wewe! Turn on the indicator before changing the lane. Hukuenda driving school?”

As she was driving, she didn’t talk to me or seem to be aware of me, and this allowed me to continue my inspection without inhibition. She had a pretty but tough, to-hell-with-you face that, I imagined, would become animal in passion. In bed, she would fight and bite and then suddenly melt into hot surrender.

I could almost see the proud, sensual mouth bare away from the even white teeth in a snarl of desire and then, afterwards, soften into a half-pout of loving slavery. In profile, the eyes were soft charcoal slits such as you see on some birds, but in the parking lot, I had seen them full face.

Her face, the straight, small uptilted nose, the determined set of the chin, and the clean-cut sweep of the jawline were as decisive as a royal command, and the way the head was set on the neck had the same authority – the poise one associates with imaginary princesses. Two features modified the clean-cut purity of line – a soft, muddled blonde, caucasian-ish hairstyle that escaped from under the straw hat in endearing disarray, and two deeply cut but soft dimples which could only have been etched by a sweet, if rather ironic smile that I had not yet seen.

The makeup was not overdone and her skin had none of that dried, exhausted sheen that can turn the texture of even the youngest skin into something more like parchment. Beneath the gold, there was an earthy warmth in the cheeks that suggested a good healthy bread. Her breasts, high-riding and joined together like the letter W, were candy to the eyes.

“Is it okay if I drop you here?’, she asked as she took a turn from the highway. She had driven for twenty minutes.

“It’s okay, someone is bringing my car.”

“You aren’t going without giving me your number are you?”

“I thought you were never going to ask.”

She punched her number into my phone and sped off. Funny enough, I didn’t even catch her name.

I spotted a Nyama Choma joint and walked into it. I was hungry.

After making an order, I pulled out my phone to call Wangari.

“Hey you can bring me the car here at (I checked the name of the place then mentioned it to her.). I’ll buy you some nyama too.”

I promised to buy her some meat as an incentive to make her bring the car all the way to where I was.  I find it rather impolite to make requests without offering incentives.

I thought about the woman I had just met. The general impression, I decided, was of a willful, dangerous, sensual soul – a beautiful Kenyan lady that was capable of tempting any man to risk it all.

PART TWO OF ‘I LOVE YOUR WIFE’ SHALL COME….IT SHALL COME

I am the sheriff in this town. Writing is my joie de vivre. I am a superman thanks to God. Need to discuss a thing or two with me? Shoot me an email via philipetemesi@gmail.com