Due to peer pressure and negative conditioning by the society, good women are going the way of the dinosaurs. They are on the verge of extinction.

If you find a good girl, treat her right, don’t let her ago. It’s for your own good. Many men have made this mistake and ended up regretting it. They didn’t think twice about cutting ties with a well-mannered woman because they wrongfully believed another good one would easily come by. They thought there was a surplus of good girls out there. They were wrong. They are still searching…….searching for what they might never find. Don’t be part of the regretful gang.

If you are lucky enough to nab one of the few good ones, keep her. They are there, but they are few, the stocks are running out.

You know them, those women who like you just the way you are, they don’t ask for too much – the good and the bad, doesn’t matter to them; in their eyes, you’re the perfect man. Those women who keep encouraging you to be everything you can be and more. They hate to see you fail. Those women who could just sit and do nothing with you all day and be content because as long as you’re with them they’re having a great time. Those women whose hearts of gold break for you when you face struggle, they feel your pain and work to get rid of it with you.  Those women who prefer making home-cooked meals instead of eating at restaurants all the time. Those women who do everything in their power to keep you happy.

Of all the taxonomy of women, the good, girlfriend/wifey material one is quickly becoming defunct. If your priorities are all wrong and you don’t have a keen eye ,a girl who ticks most of the right boxes will easily slip past your hands.

You’ll now be left with option to making your choice from the basket of bad fruits – the ladies with multiple flaws. You’ll have to deal with those who don’t submit. They want you to wash utensils and provide for them at the same time. You’ll have to deal with the money hungry females with no ambition, the “mimi nataka chali ako na pesa” type. They just want a man to take care of them. You’ll also have to deal with those who think you should worship them because they are beautiful. Then there are the feminists. They believe they should be equal to or above you. There are also the ones obsessed with showing off their bodies and garnering likes. There are the slutty ones who wont hesitate to cheat on you with the dreadlocked DJ or the celeb.

Such will be your multiple choices.

I’ve been asked this question before. “What do you consider a good girl?” This is a good question from people with good intentions. If by good girl we mean a girl I’d be willing to date long term (6 months going forward), to invest more than the minimal amount of my time and energy, and to feel secure, if I were so inclined, in committing myself exclusively without worry that she might spread her legs for any random guy , then I’d say the following.

A good girl isn’t found in a church, an isolated village or in places where you think people have good morals reside.

I’ve mentioned it before. There are two kinds of “good” in a girl. The first is situational, where she appears good only because the devil has yet to tempt her. The second is tested, where he made his offering but she resisted. Sometimes when a man identifies a girl who has upstanding character or morals, what he actually found is a girl who has yet to be tossed into a world of sex, partying, money, or attention. Once that temptation occurs, or she is removed from a bubble that has kept her good, it’s nearly certain that she will dive head-first into the ocean of human depravity.

In that case, a true good girl is one who has conquered all kinds of temptations thrown at her and remained sensible. She has been around people who are super spoiled but she is not super spoiled. She has been in environments and circumstances that could have influenced her badly but she remained focussed. 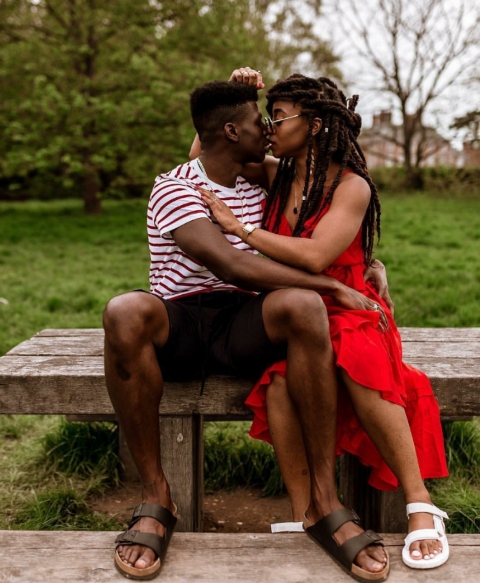 I’ll delve into the qualities once more so that you don’t mess up with a good girl when she’s right under your roof.

A good girl is a ride or die. She supports your goals and ambitions as a man completely once the two of you are official. She is very happy for you when you make any significant step in life, A good girl is one whom when you are in a relationship, you trust her character so well that you are never worried about her cheating. You simply know she can’t do it. A good girl is generous when it is risky to be so. She is always quick to help. She is positive and lifts people up, not pushes them down to lift herself up. She does house chores without giving excuses. A good girl doesn’t like it when you overspend on her, she always helps you ,manage your money instead. She also knows how to cook complex meals yet she didn’t go to any cooking school. She just believes that a woman should know how to do these things.

She is warm, and this is something that can’t be taught. She says “I love you” early and often out of conviction, not inquisition. She is very fond of little children and knows how to get along with them well. She understands that her heart is more important than her pride.

A high quality girl is good for standing by, sticking with, supporting always, loving fully, defending righteously, and if the timing is right, embracing for life to the exclusion of all others. She is the type of girl who can enthrall you with her words alone. She can make you smile over the phone. She can be far away but feel near. She is often discovered in the unlikeliest places, and her magic is the energy that animates her pretty face, rather than the other way around.

Low quality girls are good for sex, a few laughs, a few fun moments, and that’s it. Spare your hard-earned manly capital — your time, your resources, your protection, your commitment, your love — for those few quality girls you might meet if you’re lucky.

And speaking as a man who has seen, heard and experienced enough to turn the most naive optimist into a stone cold cynic, if you do meet a girl like that, you would be a fool to pass her up. Her kind is going extinct.

Would you want to only be seeing such girls in the museum that is other men’s hands or would you rather have yours?

Don’t ever say you’re not looking for the perfect woman. You are, and that should be your mindset. You don’t set out searching for your soulmate selling yourself short with a list of lover exemptions that gives her a pass on pleasing you. Where would you draw the line with that defeatist attitude? Do you say it’s okay if she doesn’t cook as long as she looks good? Do you say it’s okay if she’s rude to other people as long as she’s nice to you in private? You see the problem with that thinking.

A good woman embraces polarity. She loves being a girl and loves surrendering to your manly will. She is never resentful of gender differences or the way men view the world. She accepts it as an unalterable part of life, and learns to need it, to nourish her feminine soul with it.

A good woman is not a status chaser. She is a happiness chaser. She doesn’t measure the worth of her life by her standing in society.

The perfect woman does not treat love like a supplement to life. It isn’t that one final piece of avant garde furniture that will tie the room together. It isn’t the thing you do after you’ve done all these other things. It doesn’t come after her career and other things  To her, love is life. Everything she does is just prelude to the climax of falling in love.

The perfect woman improvises. If things don’t go her way she won’t bitch and moan; she’ll discover new enjoyment in change. Her will is strong, but not straitjacketed..

The perfect woman hates when you’re away. She loves you with all her heart and when things aren’t going the way she wants, she isn’t quick to leave. She tries hard to solve issues with you.

So my dear brother, no matter how much you want to sample the options, just say okay when you find the girl who enjoys the little things about you. Forget bad timing – there is never a good time and if you walk away from the girl who cares about you, you’re walking away from an opportunity of bliss.

You’re young, emotions run high, and everything seems so uncertain about your future, but take a second and pause – the girl who cares about you, she won’t always care about you if you walk away from her.

Be a good man to a good girl because most of the time, good things only come to us once.

I am the sheriff in this town. Writing is my joie de vivre. I am a superman thanks to God. Need to discuss a thing or two with me? Shoot me an email via philipetemesi@gmail.com